CHRISTMAS COMES BUT ONCE A YEAR TOO OFTEN 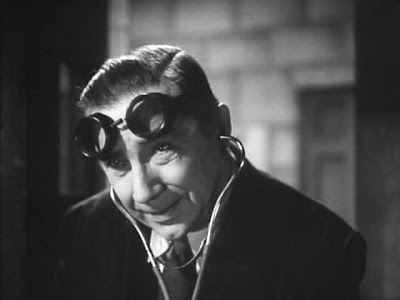 Imagine a scientist telling you about an experiment he's planning. He will select a group of people who have nothing in common except being related by blood, marriage or misery, imprison them in a confined space, feed them massive quantities of sugar, protein, fat and alcohol, expose them to a nonstop barrage of popular culture's most degraded idiocy, turn the heating up, and see who cracks first. You'd call that cruel and inhuman. And yet that's what many of us volunteer for, every year.

Why do we do it? Why do we submit to the seasonal plague of sadomasochistic insanity that we call Christmas? Simple. It's because we get sentimental.

Sentimentality is a type of emotional totalitarianism. Tyrants are invariably sentimental. Think of Hitler, chuckling at his unpleasant dog and slapping his lederhosen to the martial rhythm of Teutonic folk songs; Mao Zedong, spellbound by the shrill pieties of Chinese operas, many of whose plots feature children who love their parents so much that it nearly breaks their stout little hearts to denounce them to the secret police; Stalin, wiping away an avuncular tear as he pats the heads of Young Pioneers whose murders he will authorize a few years later without a blink. And what could be more sentimental than the crazed bucolic vision that inspired Pol Pot and his regime? 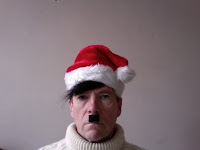 I blame Charles Dickens. At least, in part. Which is a pity because I love Dickens and nearly all his work, except 'A Christmas Carol'. I interpret this appalling story as a tragedy. The hero, Scrooge, an admirably clear-sighted realist, undergoes a ghastly transformation and is reduced to imbecility simply because he's informed, by a trio of unconvincing holograms, of something that a noble pragmatist like him would surely understand better than most people. Namely, that he will meet the fate that awaits us all. He will die and the universe won't care. Perhaps Dickens was just being satirical. He was more complex than people think. They say things like, "Of course, if Dickens were alive today, he'd probably be selling scripts for movies or television." I don't think so. If Dickens were alive today it's more likely he'd be selling small, very expensive bottles of whatever it is that's kept him alive for over two hundred years.

However, you can't blame Dickens for what so many people whine about, which is the commercialisation of Christmas. But we live in a commercial society. If you don't like it you're welcome to treat Christmas as a purely religious ritual, commemorating the birth of Christ. Try to forget the part about the three wise men bringing those costly consumer items as gifts. As it happens, there were originally four wise men who set out on the journey, but one of them kept lecturing the others about the commercialisation of Christmas, and is now buried somewhere in the desert.

And as we all know, Christmas was a time of celebration long before Christians decided to join in. For as long as there have been humans they've always feasted at this time of year, sometimes on each other. After which, they settled down around the fire for some traditional entertainment. Maybe the local shaman, ripped on mushrooms, would reprise a much-loved classic, such as 'The One Where We Eviscerated The Mammoth' or 'How Your Short, Brutal Life Will End in the Slavering Jaws of a Huge, Terrifying Beast'. Alternatively, the shaman might enact a heartwarming tale of redemption featuring flying reindeer, 'little people' and an atavistic hierophant with magical powers - all of which are common elements in the mythologies of northern peoples with a fondness for hallucinogens. There's a theory that these stories originate in the visions produced by Amanita Muscaria mushrooms (also known as Fly Agaric), whose vivid red and white colour scheme is replicated in the costume of that same hierophant, now referred to as Santa Claus. The mushrooms grow in clusters around fir trees - just like the ones we bring into our homes at Christmas. They cause hallucinations in which objects and people appear to change size (hello, elves) and they're poisonous when ingested normally by humans. But back in the mists of time, someone discovered (and it's interesting to speculate exactly how) that if you drink the urine of reindeer that have eaten them, you can absorb them safely and have a nice trip...  a trip which might understandably feature such elements as flying reindeer, little people, and the rest. So maybe we should think again about eating yellow snow, especially if there's a chance any reindeer have been around. Happy Christmas, and have good trip. 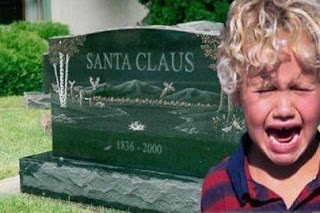 Posted by Paul Bassett Davies at 04:22