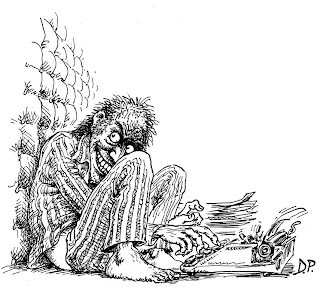 Imagine you’re a writer. Go ahead, millions of other people do it, and many of them dispense advice on the subject. Of course, we all know that any list of Top Ten Writing Tips should contain only one tip: ‘Stop writing lists of writing tips and get back to work.’ But the lists keep coming.

Now imagine you’re a successful writer, and someone asks you for your top writing tips. If you really knew the magic formula why would you give away the secrets that made you rich and famous, any more than Coca-Cola would reveal their recipe to help competitors put them out of business? You might offer some platitudes like ‘You can’t write the final draft first’ or ‘Try not to drink spirits before noon’ but that's it. So, given that all writing tips are bullshit, I offer the following UNWRITING TIPS, which are guaranteed to work, but not necessarily in a good way.

When in doubt, begin with a sex scene. Then do some writing.

If your friends say you should be a comedy writer, forget it. Comedy writers don’t have friends.

Motivate yourself with the ‘Carrot and Stick’ approach. You can stick the carrot wherever you want.

Don't waste time on being jealous of more successful writers. Focus on your task of sticking pins in little dolls of them.

Never use two words when one word will do instead of the two words you were going to use.

Always think about what you can leave out. For example, when sending work to agents, don't include a photograph of your genitals.

Write about what you know. But as if it had happened to someone who knows much more than you do.

If you’re adapting your own work, ignore the original author. If you have to collaborate, work in different rooms.

Always take a break if you've spent more than six hours at a stretch in online arguments about punctuation.

If you can consistently write five thousand words a day you should probably drink less coffee.

UNWRITING FOR THE SCREEN

The key to writing an effective screenplay is tension and pacing. If you get too tense, get up and pace around for a while.

Write the film YOU'D watch if you were the kind of person who'd watch the type of film that someone like you would write.

Get to know your characters. Ask them questions. If they won't talk, lock them in a room with a rotting seal carcass.

Always be concerned about plagiarism. If it's not happening to you, you're clearly not writing anything worth stealing.

If your agent is wearing a sombrero and you're not in Mexico, that could explain why you found it so easy to get an agent.

Always carry a notebook and jot down interesting things you see and hear. Except when you're in North Korea.

If your keyboard is sprinkled with flaky white powder and it's not drugs, it's probably time to wash your hair.

Never give up on your dreams. Except that one about the giraffe and the mayonnaise. That’s just sick.

Ensure your futuristic sci-fi script doesn’t go out of date by not writing it yet.

Always believe in yourself. Unless you’re a ghost. What kind of idiot believes in ghosts? Get over yourself.

Give your novel an exciting postmodernist vibe by writing about a character who strongly objects to being based on you.

Always think of yourself as a professional. Then all you have to do is find a profession. 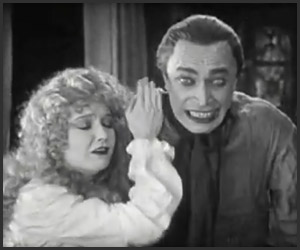 My recent novel is available from bookshops, Amazon, or click on image below to order from publisher