the writer's voice and how to shut it up 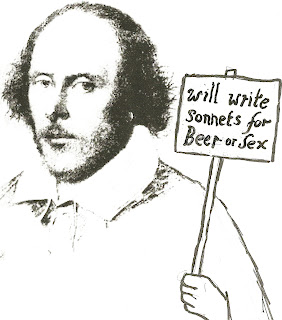 As a writer I am passionate about the following subjects:
Food hygiene.
Mid range family cars.
Duodenal ulcer medication.
Well, I've written training, promotional or information films about those subjects, and I did the best work I could on them, and we all know that writers have to be passionate to do their best work, so I must have been passionate. I was definitely passionate about getting paid for them. At other times in my career I have also been passionate about many other subjects, including:
Airline customer relations.
Surgical gowns.
Conflict resolution for nightclub staff.
The history of the London Science Museum.
Some of those scripts were pretty good. The food hygiene film became part of a national training process. But is it enough to be passionate about how bacteria get into the food chain when someone doesn't wash their hands between taking a dump and making your sandwich? As a writer you must also WRITE WHAT YOU KNOW and only do so when you have FOUND YOUR VOICE.
I assume we've all got over the Write What You Know thing. Countless people have pointed out that many great writers have no first hand knowledge of what they write about. And in the digital age everybody knows everything anyway. Research is no big deal.
Research = Google.
In-depth research = Lunch with someone who knows their stuff.
High Grade Classified Inside Intelligence = Paying for the lunch.
Of course, knowledge isn't the same as wisdom. Any time you suspect we're all going to hell in a handcart you'll probably find a knowledgeable fuckwit directing the traffic. However, the cart is always pulled by an ignorant nincompoop, and a bit of information might at least help them see what a rotten job it is. But for writers, once we've acquired all the information we need to write about a transexual neurosurgeon who uses quantum mechanics to travel back in time and foil a plot to destabilize the 17th century Flemish potato market, the next step is to FIND YOUR VOICE.
The writer's voice I like best is the one I can't hear. By that I mean the one I can't hear drawing attention to itself. I'm not suggesting that writers shouldn't have a... what's the word? Style! That's it. In fact, let's stop talking about writers having a voice, and think about style. Ah, that's better. Now we can talk about good style and bad style, and the difference between style and content, instead of wondering if the writer has a distinctive voice, and whether it's an authentic voice or one he picked up in a creative writing class, which is where this stuff about voices came from in the first place. Yep, style is what we called it back in the good old days. Back when all this was open prairie, pardner, and a writer could ride tall with his trusty Remington typewriter on his saddle and spy nary a soul all day. A voice? Hell, in them days voices was fer highfalutin greenhorns and dancin' teachers and sitch like, and a real writer wouldn't say a single damn word out loud from one year to the next, 'ceptin mebbe to cuss a little under his breath at some inconvenience like his leg droppin off or his wife gettin ett by a bear. Yes, siree. Ptooeee. Oops, missed the dang spittoon agin. Hope them fancy suede shoes can be cleaned, my friend.
Sorry about that, I'll turn the TV off. I was watching the news while I was writing and then there was an old episode of Bonanza. Let's get back to style.
What's your writing style? Are you trying to develop one? Really? Why? I mean it. Why do you want a style? Is it a way of making your writing distinctive or is it a way of telling your story? I believe that good style is about doing the job and bad style is about itself. The best writers use style to do something more than let you know what great stylists they are. They let you figure out what great stylists they are by working so hard to make what they write seem natural that you don't think of them having a style. You just hear their voice. Which is, finally, what you end up with after you've written and written and written some more and then, when you want to say something, you sit down to work yet again and there is simply no other way to write.
Some people claim that a writing style can be identified scientifically like a unique literary fingerprint. These people are often trying to prove that Shakespeare was written by someone else. Maybe the fact that none of them can agree on who, exactly, means that the methodology is truly scientific. In science if everyone agrees with each other they must all be wrong, but if everyone disagrees then at least one person must be right.
Meanwhile the rest of us can dream that we'll eventually write something so good that one day intelligent people will spend time trying to prove that someone else wrote it. All we can do is keep writing, and make sure we do our best work on everything we write, whether it's a food hygiene training video, a novel, a feature film, or a blog. That's as much as I know about how to develop a distinctive writing style. But I'm pretty sure that if it ever stops being hard work, that's when you've lost your voice.
So when you've found your voice, shut up about it.
Posted by Paul Bassett Davies at 06:20 4 comments:

My recent novel is available from bookshops, Amazon, or click on image below to order from publisher