failure is the new success 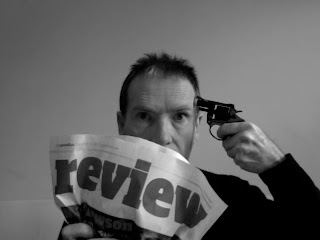 The world is suffocating in an avalanche of self-help books that promise to reveal the secrets of success, and every day more of them appear. Clearly, none of them work. If any of them did, there would be no need for all the others. There would be one book, and we'd all be happy. And so would millions of trees.


The internet is also choked with recipes for success, and writers get more offers of help than any other group except people who might be interested in enlarging their penis. But while gurus who promise literary enhancement offer only advice on how to do it yourself, at least the charlatans of genital transformation have the decency to send you tangible products like pills, creams and contraptions, even if they're ineffective and dangerous, rather than simply give you advice on how to pull your own plonker. Either way, none of it works. But why should it? Writers have no business with success. Face it: our trade is failure.
Writing is a lonely, obsessive craft, unless you're doing it wrong. But writers are especially vulnerable to the mirages of self-help, mainly because we have time on our hands, and finding ways to waste it is an essential part of being a writer. These days you hear a lot about the work/life balance, whatever that is. I suspect it's another formula that encourages people, especially writers, to become less interesting. With this in mind, here is an illustration of my own current work/life balance: 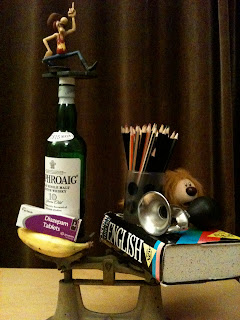 And now that writers are all in the business of giving each other advice, here's mine:
NEVER GIVE UP YOUR BAD HABITS.
YOU'LL BE JUST THE SAME BUT YOU'LL HAVE NOTHING TO BLAME IT ON.
Writers are meant to fuck up and suffer so the rest of us don't have to. Even if a writer has achieved success, happiness and wisdom they should keep quiet about it. What we want from writers isn't wisdom, we want art that shines an unexpected light on life and illuminates the road to our own wisdom. Give us lurid descriptions of the journey, not serene dispatches from the destination. Send us the news from hell, not the view from paradise.
I'm not talking about the "courage to fail" which is just bullshit about success disguised as heroic martyrdom. I'm talking about the courage to be a really bad writer. The sheer stupidity and ignorance required to write something truly awful. So that you can experience abject failure and humiliation, which just might make you a better writer. But don't count on it. However, failure doesn't happen often enough, and that's partly because of all the tips, steps and secrets about writing that we keep giving each other, and which, if applied diligently, can drag most of us from the swamp of inanity up to the foothills of mediocrity and dump us there, blinking in the feeble light of mere competence.
The problem is that we're being enabled to bypass the salutary experience of failure. There's a lot to learn from having your manuscript, book, script or film roundly rejected by readers, publishers, producers, critics and public, or have your play laughed off the stage. At the very least it might teach some would-be writers to give up. I know I'm not meant to say that kind of thing in this age of self-belief, and following your dream, and growth and actualization. But let's face it, some people are just not very good at writing. So, let's thin out the field, especially as it's now so overcrowded not just with writers writing whatever they're trying to write but also writers writing about how other writers should write whatever they're trying to write. So stop it.
Please, stop helping each other. Enough with the tips, and secrets and steps. And especially the lists of Rules for Writers. There is only one rule on that list:
STOP WRITING LISTS OF WRITING RULES AND GET BACK TO WORK.
And now I'll have to face the unwelcome prospect of taking my own advice.
Posted by Paul Bassett Davies at 07:43 5 comments: