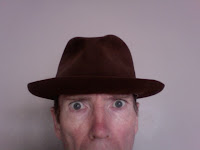 WARNING:
Don't read this if you're easily offended.


Still here? Of course you are. Have you ever met anyone who admits to being easily offended? "I'm rather narrow-minded, actually, and I haven't got much of a sense of humor - you know the type, an uptight bigot." It's a ridiculous warning, even though you often see it. Next time you do, laugh knowingly and congratulate yourself on your liberal values and tolerance. You can't be offended, can you?

Free speech. Are you getting enough, or is there a bit too much of it around? It's a big, hot topic that generates a lot of anger, fear and confusion. In fact, it's so big that it helps to narrow the focus a bit in order to have a fruitful discussion. So let's talk about comedy.

Should comedy worry about offending people? In the words of my friend Francesca Martinez, "What's so terrible about being offended anyway?" And she should know, because she's one of Britain's funniest disabled comedians. Although that isn't really saying much, is it? It's a bit like saying "One of Britain's finest tap-dancing astronauts." See what we're doing here? We're being a teeny bit 'offensive', just for fun. That's the spirit. Anyway, Francesca will be joining me at an event I'm hosting on May 19th called "No offence, but..." at London's South Bank Centre as part of the Udderbelly comedy festival. We'll be joined by Richard Herring, Brendon Burns and some others, to have a challenging discussion. In the next few weeks I'll be posting a series of articles on this site about 'offensive comedy'. So watch this space. Okay, you can stop watching now; it's a figure of speech, and nothing is going to happen this instant. Or... is it? Better keep watching. Meanwhile, here's a thought. Everyone talks about 'respect' but what does it really mean? And can you teach respect through fear?
Posted by Paul Bassett Davies at 04:30 2 comments: