why I am a genius 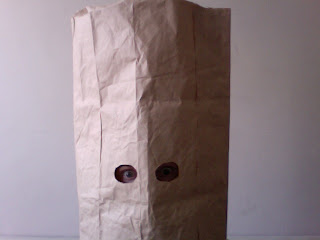 As we all know, genius is 99% perspiration and 1% inspiration. And 1% willingness to disregard rules, especially rules about percentages.

But it's worth thinking about what the word genius means because most people misuse it. By most people, of course, I mean you. Have you referred to someone as a genius recently? Maybe someone you saw on YouTube doing something, like, totally awesome. Or maybe one of these people:

The word genius has become meaningless. I've been to the Genius Bar in an Apple store and I'm pretty sure those people aren't actual geniuses, they just know a lot more about computers than me. But so do most people, and it's no excuse to neglect your personal hygiene. Maybe we should go back to the earlier meaning of the word and talk about someone having a genius for doing something, rather than being a genius. For example, if I told you Mike Tyson was a genius you might disagree with me. Unless I'd brought him along and he was standing right next to me, staring at your ear and licking his lips. But if I said that Mike Tyson has a genius for brutally battering his opponents to a bloody pulp you'd probably agree with me even if he wasn't there.

Or you might say to me, "Hey, Aaron Sorkin's a terrific screenwriter, isn't he? Great dialogue, what a genius." In which case I'd have to point out two errors you're making there. Firstly, what you really mean is that Aaron Sorkin has a genius for writing dialogue. And secondly, he doesn't. Aaron Sorkin's dialogue always sounds like what it is: dialogue rather than real speech. It's glib. That's just my opinion, of course. Which is one of the problems of applying the concept of genius to artistic or cultural activity rather than scientific discovery or technological innovation. Who knows who's any good? Some people don't even think Shakespeare was a genius. And yet they find themselves sitting through one of the so-called comedies simply to get into the pants of the person they're on a date with and then finding out afterwards that she didn't particularly like it either but didn't want to say so.

A while back Malcolm Gladwell wrote an article in The New Yorker about creativity (click here for summary). It was mostly about new technology, and one of Gladwell's points was that for every breakthrough idea there are dozens that don't make it, for a variety of reasons, and the most successful inventors and innovators are the most prolific ones who keep coming up with ideas until one of them works. To test this theory here's a list of inventions I came up with in the last 24 hours:

So, the argument is pretty solid for science and technology, but Gladwell's article then goes on to use the example of Mick Jagger writing lyrics quickly and prolifically, and quotes Keith Richards who declares, in his autobiography, "Sometimes you'd wonder how to turn the fucking tap off." But is Mick Jagger a rock lyric writer of genius? In fact is anyone a genius when it comes to writing rock lyrics? Maybe you don't want a genius to write great rock lyrics. Maybe you need Ozzy Osbourne.

Which brings us back to Aaron Sorkin. Can a screenwriter be a genius? It sounds like an oxymoron: if they're so smart why did they embark on a career of voluntary penury, humiliation and frustration in the first place? And a screenwriter can't pose as a lonely, misunderstood hero, because screenwriting is collaborative: everyone gets a chance to fuck your script up.

But let's not forget the extraordinary case of Joe Eszterhas. In the 1980s Eszterhas wrote films like Flashdance and Jagged Edge. Then, in 1992, he was paid three million dollars, up front, to write Basic Instinct. It was hailed as the dawn of a glorious new era in which writers would finally get the money, respect and power they deserve. But it was all an illusion, largely fueled, like so much in Hollywood at that time, by gigantic egos and mountains of cocaine, which are often closely interconnected. But I still think Joe Eszterhas was a genius, just not as a writer: his next film was Showgirls. No, he was a genius inventor. He came up with an idea that nobody had thought of before: the highly paid, powerful screenwriter. It didn't last long but it was his best creative work by far.

So, do you want to be a genius? I propose a distinction that will let you know if you qualify. Just answer the following question:

Do you invent things or do you make stuff up?


If you say you invent things I want to see the lab coat. At the very least I expect you to be a borderline sociopath, working in a garage or your parents' basement, trying to figure out a completely new way to make or do something. If you're that type, there's a chance you could be a genius. You might come up with a revolutionary idea that has a tangible result in the real world. If, on the other hand, you sit at home and make stuff up, you're a writer.

But what gives me the right to make this kind of pronouncement? And surely it's a reactionary statement, now the artificial distinctions between science and the humanities, that didn't exist before the 17th century, are being eroded by new developments like string theory that require a certain metaphysical sensibility to be wholly understood? Yeah, but fuck that. I just don't think the word genius should be bandied about by people who don't know what they're talking about, which is most people. I can't prove that, but I don't care. However, if you want to disprove it, go ahead, genius. 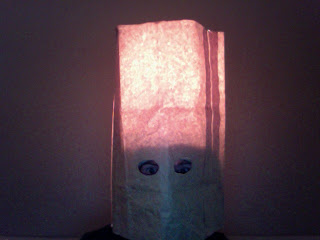